Item was successfully added to your cart

Your Account  |  Log In
In the News: "Lindsay Woodard runs one of the most coveted luxury brands... Cult Vintner... One of the most important labels in Oregon... Star Producer... Editors' Choice... The Cutting Edge... and Iconic Producer". Read More 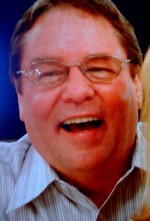 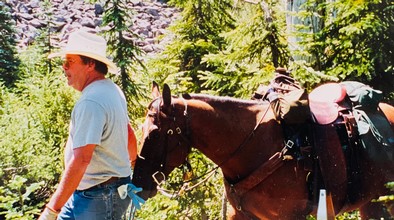 It is with the world’s heaviest and broken heart to announce that Ronald Scott Woodard died peacefully at home on December 18, 2021, with his family holding him close. He lived a remarkable life as a loving and devoted husband and father, successful entrepreneur, outstanding craftsman, airman, horseman, first responder, storyteller and was a master at pulling practical jokes. Ron was a man of great integrity, well-respected and a mentor to many. He was highly patriotic and understood the value of service, whether it was defending his country, or serving his community and those in need. His strong determination, morales, values, humble spirit and strong sense of compassion, played an integral role in his life success. He had a larger than life presence and the ability to light up any room, making everyone feel they were of great value and importance.

Ron was born in McMinnville, Oregon, on September 25, 1950, to the parents of Virginia Ann (Conser) and Leslie Guy Woodard. He was a fifth generation Oregonian, whose ancestors crossed The Oregon Trail in 1847. At age 3, he was diagnosed with Rheumatic Fever and spent a year-and-a-half in the hospital, followed by a long recovery at home, which no doubt shaped his character, strength and stamina. He was the third of four boys, Bill, Ken, and younger brother Doug. The boys were always seen running up and down idyllic Third Street where their parents business Les’ Appliance and Repair was located. They spent their entire summers at their cabin at The Flying M Ranch and camping along the Coast. Ron broke his first horse at the young age of 14, which led to a lifelong love of raising and training Quarter Horses.

Upon graduating from high school, he enlisted in the United States Air Force and served as Sergeant Crew Chief on F-105 Fighter Bombers for the 355th Tactical Fighter Squadron at Takhli Royal Thai Air Force Base, Thailand. Takhli was known as the frontline United States Military Combat Base for the Vietnam War. Prior to being deployed to Southeast Asia, he was stationed at McConnell Air Force Base in Wichita, Kansas, where he met Shirley “Leigh” McDowell. They communicated by letters throughout the war for one year and became engaged on one of his military leaves home. They were married in Kansas in Spring of 1971 and soon after, made their home in Portland, Oregon, where Ron studied Business Administration.

In 1975, Ron and Leigh bought their first home in the great little town of Carlton, where they raised cattle and horses. Ron began studying Emergency Medicine to become a Paramedic. Meanwhile, he was helping his parents build up their family appliance business so they could sell and retire. In 1976, they welcomed their daughter Lindsay Reneé Woodard into the world. As a third generation volunteer firefighter, Ron was eager to serve with City of Carlton, where he started the EMS program for the town. He acquired an old ambulance and completely refurbished it himself for the firefighters to use in emergency response. He sat on the City Council for two terms. Ron became a full-time Paramedic in Washington County, working both via ambulance and on Life Flight. In 1980, their son Jeffrey Scott Woodard was born and completed their family of four.

In 1983, they moved to McMinnville and five years later, he was determined to start his own business and became a Real Estate Appraiser. He owned and operated his highly successful company, Woodard Appraisal and Consulting Service, with his wife Leigh, for 31 years. Throughout the duration of his career he enjoyed working with many families, their farms and estates in multiple counties. He was a consultant for numerous vineyards and wineries with property and structure investments, in addition to being a strong advocate and consultant for Linfield University with their future growth, partnerships, donations and acquisitions of adjacent properties and development. He consulted several organizations and donated a significant amount of his time, expertise and appraisal work to the Confederated Tribes of Grande Ronde with their re-acquisitions of historical tribal lands, allowing them to improve their services to tribal members and broaden their infrastructure.

Ron was Founder of Cougar Mountain Equine Ranch and spent many decades raising and training Quarter Horses for search and rescue missions, crisis situations, crowd control and special events. His love of being a first responder and volunteering for his community continued. He was a member of the Yamhill County Mounted Sheriff’s Posse (YCMSP) where he served for more than two decades and sat on the Board. While the Sheriff’s Posse has existed around the United States since the 1700s, he helped legalize the YCMSP into a 501(c)(3) non-profit organization through its public contributions. He rescued neglected and abused horses and helped to find them safe homes for rehabilitation. His son Jeff served alongside him as a member of the YCSMP and part of the family equine operation as well. Ron also volunteered with the Department of Forestry and led an annual event to the epic Mount Jefferson Wilderness area in the High Cascades, where they would pack in on horseback to give service to the Pacific Crest Trail by clearing brush and fallen trees on high elevation narrow trails, maintaining the land and building and repairing bridges. He was an outstanding Horseman, had a strong and steady hand as an excellent Marksman and Master Shooter.

Over the years, Ron and Leigh loved to remodel, build and develop properties which led them to acquire remote forest land in the Coastal Foothill Range of McMinnville, where they designed and built their dream home and operated their two businesses: Woodard Appraisal and Cougar Mountain Equine Ranch. This past Spring, they celebrated their Golden “50th Anniversary”. Together, they created a very close-knit family and had an incredible loving, successful, adventurous and meaningful life with one another.

Ron and Leigh were so proud to have their two children attend and graduate from Linfield University. For eight consecutive years, they were known as the “Local Linfield Parents” constantly cooking, entertaining, and opening their home to many students. Ron was long admired for teaching and mentoring young people how to work and operate a ranch, ride and care for horses, learn craftsmanship, operate and fix machinery, survive in the woods, cook a great meal, how to master the perfect BBQ, strive for success, chase all of your dreams, work hard, play hard, give back to your community and be an example of how to always treat people with love, honesty and respect.

Aside from his outstanding achievements in life, he was most proud of his children and their careers in the wine industry. Lindsay is Proprietor of Retour Winery and Lindsay Woodard Communications and Jeff is Owner of Woodard Wines and Jeff Woodard Custom Woodworking. Ron always had a strong behind-the-scenes presence from hauling grapes, delivering wine, making the most epic harvest meals, hand labeling bottles, any needed repairs - you name it! He loved to cook and entertain visiting clients and would take them on unique one-of-a-kind adventures. His gracious, genuine and charming nature allowed him to easily make friends with so many people from around the World.

Later in life, Ron was forced into early retirement as he was diagnosed with multiple illnesses, all caused from his exposure to the herbicide Agent Orange, while serving at Takhli Air Force Base. He was a 100% Disabled Veteran and fought so hard until his last day before going home to Heaven. He said that he felt comforted knowing that he was going to ride his favorite late horse “Bud” to the Pearly Gates. He is survived by his wife Leigh, daughter Lindsay, son Jeff, grandsons Jameson and Cole Woodard, close cousins Darrell Jackson and Sydney Conser, close sister-in-law Sherry McDowell (Leigh’s twin sister), lifelong best friend and hunting partner Mark Adams, last living brother Ken Woodard; and many other cousins, nieces and nephews.

Ron’s wishes were to not have a Memorial Service. He wanted everyone to enjoy a special meal with their family and celebrate the time you have together. If you would like to reach Leigh, Lindsay and Jeff to share any stories, memorable moments, or send your condolences, they would love to hear from you. Please email them to: lindsay@retourwines.com